Why Do I Need a Contingent Beneficiary for My Will or Trust? 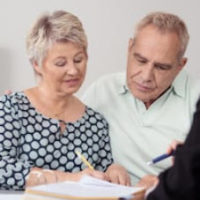 Anytime you make a will or trust, it is a good idea to name one or more “contingent beneficiaries.” What do we mean by this? Let’s say you are making a simple will. You decide to leave your entire estate to your only daughter. But what happens if she somehow dies before you do? In that case, you could name a contingent beneficiary who would take your estate–i.e., the inheritance is “contingent” on a certain event taking place.

In the case of a person dying before you, the contingency is rather easy to prove or disprove. Things can get a bit trickier when dealing with beneficiaries that are corporations or charities. A recent Florida appeals court decision, Sibley v. Estate of Sibley, offers a helpful illustration.

This case involves a man whose brother passed away. The deceased created a will and trust prior to his death. The brother was named personal representative of the estate and trustee of the trust.

According to the terms of the trust, after making certain specific distributions of the trust’s assets, the trustee was to turn over any remaining property to a separate charitable foundation previously established by the deceased. The trust also designated another foundation to serve as contingent beneficiary if his own foundation “was no longer in existence” upon his death.

The decedent passed away in late 2011. Three months before his death, in September 2011, the decedent’s charitable foundation “was administratively dissolved.” This is a fancy way of saying the foundation failed to file its required annual report with the Florida Secretary of State. Consequently, the foundation was not allowed to “carry on any business except that necessary to wind up and liquidate its business.”

Given all this, both a trial court and later the Fifth District Court of Appeals concluded the charitable foundation “was not in existence” at the time of the decedent’s passing. Before the appeals court, the trustee tried to argue that under the strict wording of Florida law, even an administratively dissolved corporation “continues its corporate existence.” But as noted above, that existence is only to allow the corporation to “wind up and liquidate its business.” And the wording of the trust was precise–the foundation had to be in existence (and able to conduct business) on the day the decedent died.

Accordingly, the courts ruled the balance of the trust assets would go to the contingent beneficiary named in the original trust document.

When it comes to estate planning, you should always have backup plans when it comes to your beneficiaries. An experienced Fort Myers wills and trusts lawyer can guide you through this process. Contact the Kuhn Law Firm, P.A., at 239-333-4529 today to schedule a free consultation with a member of our estate planning team today.