Why Did President Trump Change His Residence from New York to Florida? 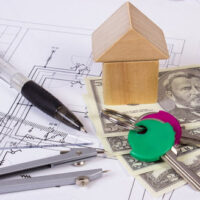 President Donald J. Trump recently announced he was becoming a Florida resident. Although Trump has long been associated with the Sunshine State through his ownership of the Mar-a-Lago club in Palm Beach, the 73-year-old is arguably one of New York State’s most famous residents. And given that Trump spends most of his time these days at the White House in Washington, DC, why would he make the move now to change his legal state of residency?

Estate Taxes at the State Level

Many in the press have speculated the main reason for Trump’s move is taxes. Florida has no state income tax. New York, in contrast, charges an income tax of 8.82 percent on all individuals whose income exceeds $1,077,550 per year.

There is also the matter of estate taxes. As president, Trump signed into law changes to the federal gift and estate tax, which currently allow an individual to exempt up to $11.4 million in total assets. Since this is a federal exemption, it does not matter whether the person in question resides in Florida or New York.

So by relocating to Florida, the president will not only save money on his individual income taxes each year while he is alive–his heirs will also benefit after his death by not having to file and pay New York’s estate tax.

Residency affects not only your taxes but where your estate is subject to probate. That is why it is important to understand the rules regarding legal residency and how to “prove” you actually live where you say you do. It is not enough to simply declare yourself a resident of another state.

The general rule in Florida and most states is that you need to spend more than half of the calendar year–or 183 days–in the state you consider to be your “permanent home.” If you travel frequently or maintain homes in more than one state, you may need to keep detailed records of your travel in case state tax authorities decide to question your residency claim.

For example, if like President Trump you have homes in both New York and Florida, you need to be careful not to spend more than 183 days in New York. Otherwise, even if you consider yourself a Florida resident, New York’s tax authorities will likely say otherwise and send you a potentially hefty income tax bill.

Get Advice from a Florida Estate Planning Lawyer

If you have decided to make the move to Florida from another state, you should also strongly consider revising and updating your estate plan. An experienced Fort Myers estate planning attorney can help. Contact the Kuhn Law Firm, P.A., at 239-333-4529 today to schedule a free consultation.