Who Pays for Estate Litigation in Florida? 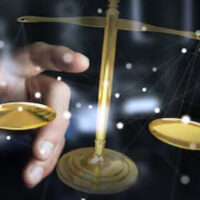 Estate litigation broadly refers to disputes involving the administration of a person’s will or probate estate. For example, someone may contest the validity of the will itself. In other cases, there may simply be a disagreement over the proper construction or interpretation of the will.

Of course, such litigation can be costly for the parties involved. Florida law permits the probate court to award a party its attorney’s fees and costs arising from estate litigation. Such awards may come from “a party’s interest, if any, in the estate,” or the court may enter a separate judgment “which may be satisfied from other property of the party.”

The Florida Second District Court of Appeals recently explained that this same statutory provision also permits a judge to directly award legal fees and costs directly from the “corpus” or principal of the estate itself. This particular case, Heritage Foundation v. Estate of Schmid, involved a dispute between a group of charitable beneficiaries and the personal representative of the estate.

The decedent, a man named Schmid, died in 2014. His closest surviving relative was his sister, who was named personal representative in the will. Shcmid’s will, executed in 2009, divided his estate into 100 shares and made specific bequests of these shares to 10 different charities.

As the Second District explained, the 2009 will was a “departure” from Schmid’s prior estate planning, which named his sister and her descendants as primary beneficiaries. After Schmid died, the sister filed a petition to “revoke or reform the 2009 will,” on the grounds that Schmid had “mistakenly omitted” any provision for her and her family in the latter document.

After a period of pre-trial discovery, the sister decided to dismiss her petition. The charitable organizations then asked the probate court for an award of attorney’s fees in connection with having to contest the litigation. The judge agreed such an award was proper and ordered the estate to pay the costs.

The charities–who were themselves the beneficiaries of the estate–objected to the judge’s decision. They argued the law required the court to force the sister and her family to pay the legal fees out of their own pockets. At the very least, the charities felt the trial court abused its discretion in awarding fees in such a manner.

The Second District disagreed on both counts. First, the appeals court said the law “does not limit the sources of payment to a party’s interest in the estate, other property of the party, or both.” It can include the corpus of the estate. Second, there was no abuse of discretion. The trial court determined the sister did not file pursue her litigation “in bad faith.” She had a genuine belief that her brother mistakenly omitted her from the 2009 will. The trial court therefore did not exceed its authority in declining to force her to pay the charities’ legal fees personally.

If you are involved in potential estate litigation, it is important you seek timely legal advice from a qualified Fort Myers probate litigation attorney. Contact the Kuhn Law Firm, P.A., at 239-333-4529 to schedule a free confidential consultation.