What Is the Time Limit for a Creditor Claim Against a Florida Estate? 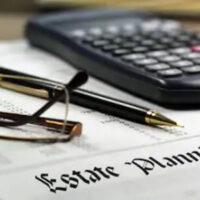 One of the main functions of estate and probate administration in Florida is to provide an orderly process for paying off a deceased person’s debts. The personal representative of an estate is required to notify any creditors they are aware that an estate has been opened. The estate must also publish a public notice to any previously unknown creditors.

When a creditor presents a claim, the personal representative is also entitled to see some proof or documentation that the debt is valid. In the event of a dispute, a judge will likewise expect to see some evidence aside from the creditor’s word that a debt or obligation exists.

A recent decision from the Florida Third District Court of Appeal offers an example of where the creditor failed to meet this burden. This case centers on the estate of a Golden Beach woman (the decedent) who passed away in April 2017. At the time of her death, the decedent owned her house in Golden Beach. As she was unmarried and had no living descendants, one of her brothers obtained appointment as personal representative of the estate.

The courts rejected these claims. First, as the Third District noted, there was no documentation to support any of the claimant’s assertions. To the contrary, the evidence showed the decedent purchased the house in her sole name and “made all necessary payments” related to the property.

The appeals court also noted that the claimant’s claim was barred by the expiration of the three-month notice period. The claimant tried to get around this issue by arguing the personal representative should have given him personal notice as a “reasonably ascertainable creditor” of the estate. But again, there was no evidence of any such claim. The decedent’s will made no mention of the claimant’s purported interest in the house, and the claimant himself could provide no written documentation.

Dealing with creditor claims is a critical task of estate administration. If you are a first-time executor or personal representative looking for assistance from an experienced Fort Myers estate and probate administration attorney, contact the Kuhn Law Firm, P.A.at 239-333-4529 today to schedule a free consultation.