What Is an “Elective Share” and What Happens If My Spouse Waives It? 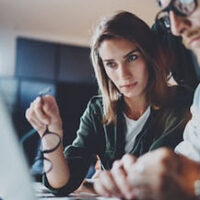 Something all married couples need to think about when making their estate plan is Florida’s “elective share” rule. This refers to a state law that authorizes the surviving spouse to claim a 30-percent share of a deceased spouse’s elective estate–i.e., any property that would normally be disposed of by will or trust.

It is possible, however, for a spouse to waive his or her right to take an elective share by written agreement. For example, if the spouses signed a prenuptial agreement where each spouse waived their future right to claim an elective share in the other spouse’s estate, that would be considered legally binding by a Florida court.

In fact, the Florida Fourth District Court of Appeal recently held that a waiver contained in a prenuptial agreement can actually override contrary instructions in a spouse’s trust. The case, Wilson v. Wilson, involved a dispute between the wife and son of a deceased Florida man.

When the husband and wife married in 2011, they signed a prenuptial agreement. The agreement contained specific language waiving and relinquishing any “elective share” rights they might have under law in the “property or estate of the other party.” Notwithstanding this language, the agreement also said either spouse could still “elect to make a gift to the other by Will” without invalidating the elective share waiver.

Two years later, in 2013, the husband executed a will and trust as part of his estate plan. The trust directed the successor trustee to “set aside from the property of this trust” to “satisfy the Wife’s elective share” under Florida law.

After the husband died in 2017, the wife attempted to claim her elective share, citing the language in the trust. The son, who was now trustee, opposed the election, maintaining the original 2011 waiver remained in force.

The critical thing to note here is that when a married couple signs a prenuptial agreement affecting their rights under Florida probate law, any subsequent modification to that agreement must also be in writing and signed by both parties. One spouse cannot unilaterally assume their actions will automatically invalidate a waiver.

If you are thinking about making changes to your own will or trust, it is important to work with an experienced Fort Myers estate planning attorney who can advise you in the proper way to do things. Contact the Kuhn Law Firm, P.A., at 239-333-4529 to schedule a free, confidential consultation today.