What Is a Codicil? 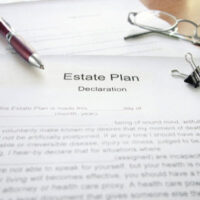 You may have heard the word “codicil” used in connection with a last will and testament. For example, many wills contain language that state they “revoke all former will and codicils.” But what exactly is a codicil–and more importantly, is it something you need to include in your own estate plan?

A codicil is basically a legal document that alters, but does not revoke, an existing will. A codicil may amend an existing provision of the will, or even add new language to it. Codicils are typically used to only make minor changes to the original will.

So why would you need a codicil? Well, one situation may be where the original executor or personal representative in your will is no longer available. Perhaps that person has passed away themselves, or maybe you just changed your mind and decided to name someone else. Rather than draft an entirely new will, you could execute a codicil that only amends the paragraph nominating your personal representative.

Another scenario where you might consider a codicil is to change in a specific bequest. Let’s say when you originally made your will, you decided to leave each of your grandchildren a $5,000 gift upon your death. Maybe you later decided to be more generous and leave them $10,000 each. A codicil would allow you to make this change while leaving the remainder of your will intact. (Conversely, you might decide to use a codicil to disinherit a relative.)

How Do I Execute a Codicil?

Florida law requires a codicil to be “executed with the same formalities as a will.” This means a codicil must follow these rules:

Also note that it is possible for a will to have multiple codicils. In theory, you can amend your original will as many times as you like. But at some point, it probably makes more sense to simply make a new will.

Indeed, you should not use a codicil to make major changes to your existing will. The reason for this is that a codicil–and especially multiple codicils–can make it more difficult for your future personal representative or a probate court judge to understand your intentions. Obviously, it is easier for everyone to follow a single, complete document, than multiple writings executed over many years. And given the legal formalities are the same for executing a will and codicil, there is typically no benefit to amending a will versus simply making a new one.

If you need additional advice on this subject from a qualified Fort Myers estate planning lawyer, contact the Kuhn Law Firm, P.A., today at 239-333-4529 to schedule a free consultation.