What Happens If My Heirs Die Before Me? 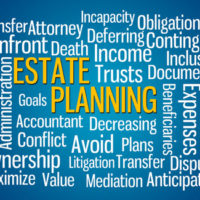 A Florida estate plan is just that: a plan. A will or trust is designed to instruct your fiduciaries on how to distribute your property in the event of your death. A good estate plan must also anticipate certain contingencies, such as the possibility your designated beneficiaries or heirs will pass away before you.

Let’s take a simple example. Alice makes a will stating that her entire estate should be divided equally among her three adult children: Beatrice, Catherine, and Diane. Catherine dies before her mother, and Alice never updates her will to account for the death of one of her daughters. So when Alice dies, what happens to the one-third share of her estate designated for Catherine.

Many Florida wills contain what is known as a “per stirpes” clause to deal with this type of contingency. Also known as the “right of representation,” a per stirpes clause means that a pre-deceased heir’s share should be distributed to their own descendants. Returning to our hypothetical example, suppose the deceased daughter Catherine had two children of her own: Emily and Francine. If Alice’s will had a per stirpes clause, Catherine’s one-third share of the estate would be equally divided among her descendants, Emily and Francine. In effect, the grandchildren “step into” their deceased mother for purposes of inheriting from their grandmother’s estate.

There is another, less-common method for dealing with pre-deceased heirs, which is known as “per capita” distribution. Per capita basically refers to “counting heads” and treating each beneficiary on a distribution tree equally. To slightly modify our above scenario, let’s say Alice had a Florida trust instead of a will. The trust specifies that upon Alice’s death, the trust’s assets should be equally divided among her “then living descendants, per capita.”

By headcount Alice has four then-living descendants: her daughters, Beatrice and Diane; and her grandchildren, Emily and Francine. Each would receive an equal, one-quarter share of the trust. In other words, the surviving children actually receive a lesser share of the trust than they would have had their sister survived their mother. This potential for unequal inheritances by different “branches” of a family is one reason that per capita distributions are less popular than per stirpes. Indeed, Florida intestacy law requires per stirpes distribution in cases where a person dies without leaving a will or trust.

There is, of course, a third option. You can simply direct that an individual’s share or gift from your estate “lapses” if they die before you. For instance, Alice could have drafted her will to say that if any of her daughters predecease her, that daughter’s share will be divided among the surviving daughters, thereby eliminating the grandchildren from the equation altogether.

The key takeaway here is you have choices when it comes to your estate plan and possible contingencies. A qualified Fort Myers estate planning attorney can walk you through the process of drafting a will or trust and help you make the right choices for you and your family. Contact the Kuhn Law Firm, P.A., at 239-333-4529 to schedule a free consultation today.