What Happens If My Child Dies Before Receiving Their Share of My Trust? 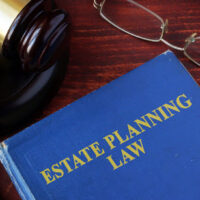 During the process of creating a will or trust, you may need to consider certain contingencies. For instance, say your plan is to leave everything to your children. What happens if one of your children dies before (or shortly after) you do? Will their share of your estate to go to their descendants? Or would you rather it be split among your surviving children?

Florida courts are frequently asked to interpret the intentions of the deceased when it comes to answering these questions. Here is a recent example from Miami-Dade County. In this case, Barrett v. Kapoor, the estate of a deceased child sought to recover a share of a deceased father’s estate.

Here is some background. The father, a widower who had three adult children, created a trust in 2008. The father then transferred his home in Miami Beach to the trust. According to the terms of the trust, after the father died one of his children would have a one-year option to purchase the home. If she exercised this option, the net proceeds would be split among her two siblings. The remaining trust assets would then be divided equally among all three children. If any child died “before receiving his or her share in full,” their share would go to their descendants, if any, otherwise to the other surviving children.

The father died in October 2015. The child with the option to purchase the house exercised it in November 2016. Unfortunately, her sister passed away in July 2016. She had no children, so her share of the sale proceeds went to her brother. And since the deceased child did not survive until the distribution of the trust, her share of the residue was divided among her two surviving siblings.

Neither a trial court nor the Florida Third District Court of Appeals agreed with that reading of the trust. As the Third District explained, the way the father worded the trust made it clear that “the property had to be sold” before the children “could receive anything.” There was also no timeframe provided for distributing the trust. The only requirement was that the child with the option to purchase the house close the sale within one year of the father’s death.

The appeals court observed that the father could have made a contingency plan to distribute shares to the estate of a predeceased child, but chose not to do so. This is an important point. When making a trust, you may want to consider certain contingencies–and if you do not, a judge will not rewrite the terms of the trust.

If you need advice or assistance when making a trust from a qualified Fort Myers estate planning attorney, contact the Kuhn Law Firm, P.A., at 239-333-4529 today to schedule a free consultation.