What Happens If I Sign a Nursing Home Arbitration Agreement Under a Power of Attorney? 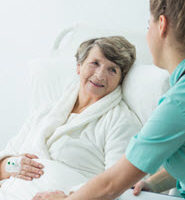 Many Florida residents are faced with the burden of placing a parent or elderly relative in a nursing home. If you do admit a family member to a facility while holding their power of attorney, you need to be aware of how this may affect their legal rights in the event that something goes wrong. Many nursing homes insist that their residents–or their agents–sign arbitration agreements. Arbitration means that if the nursing home is somehow negligent, or even causes the patient’s death, any legal action must be heard by a private arbitrator rather than a Florida court.

On the surface, you might be asking why it matters who hears the case. But arbitration is not just about who presides over the hearing. Arbitration agreements often attempt to limit the rights of victims and their families to conduct discovery and seek damages. And even when some of these provisions may run contrary to Florida law, state courts can still enforce the remainder of the arbitration agreement against the victims.

In fact, there were recently two separate cases decided by appeals courts in Florida on the issue of “severability” and arbitration agreements. In the first case, from Palm Beach County, a still-living resident sued her nursing home for negligence. The nursing home invoked an arbitration agreement she signed at admission. Among other provisions, the agreement waived the resident’s right to appeal the arbitrator’s final decision, severely restricted her ability to depose witnesses, and capped the amount of damages she could receive even if the arbitrator ruled in her favor.

The Florida Fourth District Court of Appeals held the damage caps were not enforceable as written. Indeed, even the nursing home conceded it could not cap the resident’s potential damages for “pain and suffering” or forbid punitive damages outright, despite the language of its own arbitration agreement purporting to do both. That said, the Fourth District said the damages provision could be severed from the rest of the arbitration agreement, which could be enforced against the resident.

The second case is similar to the first, except that the nursing home resident is deceased and her daughter signed the arbitration agreement under her mother’s power of attorney. Once again, the argument was raised that if part of the agreement was contrary to Florida law, the entire agreement was unenforceable. And once again, the appeals court disagreed.

Here, the issue was not a limitation on damages per se, but rather language that applied the procedural law of Alabama to pre-trial discovery and the admission of evidence. The victim’s estate maintained that conflicted with the “substantive” law of Florida, notably because Alabama does not allow for evidence related to punitive damages in wrongful death claims. The Fifth District Court of Appeals held that this language could be severed from the rest of the agreement, meaning the estate would still have to arbitrate its claims, albeit under Florida law.

Taking a Power of Attorney Seriously

When exercising a power of attorney, you step into the shoes of the principal and have full authority to enter into legal agreements on their behalf. It is an important responsibility, and you do not want to inadvertently sign a contract that may unduly restrict the principal’s rights. If you need advice from an experienced Fort Myers estate planning attorney on a matter related to a power of attorney, call the Kuhn Law Firm, P.A., at 239-333-4529 today.