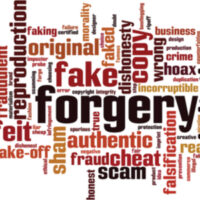 A power of attorney allows you to name an agent to act on your behalf. As the person making the power of attorney, you get to define its scope. If you only want your agent to exercise limited authority over certain property, then your agent is bound by your wishes. That being said, if your agent acts in a manner contrary to those wishes, then you need to take prompt action to assert your rights. Otherwise, a judge may look at the situation down the road and decide you are our of luck–even if the agent sold your property without your consent or knowledge.

This is precisely what happened in a recent case from Osceola County, Rivas v. Tsang. This case involves two cousins, Rivas and Suarez. Rivas owned a rental home. He allowed Suarez to manage the property. But Suarez apparently went a step further and allegedly forged Suarez’s signature on a power of attorney authorizing him to sell the property–which Suarez did in 2012.

A couple months later, Rivas became aware of what happened when his mortgage lender informed him the property had been sold and his mortgage satisfied. Rivas said he then confronted Suarez, who admitted to the scheme. But Rivas took no action to regain his property until more than a year later, when he hired a lawyer. By that time, the people who bought the property from Suarez had resold it to another buyer.

At this point, Rivas sued the new buyer, asking a court to return the property to him. Rivas also named Suarez and a purported accomplice, seeking monetary damages. The new owner and Suarez both moved to dismiss the lawsuit.

The courts sided with the defendants. The Fifth District Court of Appeal, affirming a trial judge’s earlier ruling, said Rivas should have spoken up when he first became aware of Suarez’s fraudulent actions. While a person typically cannot acquire property through a forged instrument, there is an exception under Florida law when the owner, “by remaining silent hen he should speak,” allows a purchaser to acquire a property in good faith. Since there was no allegation either the persons who purchased the property from Suarez, or the more recent purchaser, actively knew of the fraudulent power of attorney, they could not be punished for Suarez’s actions.

As the Fifth District put it, “This case exemplifies the equitable principle that where one of two seemingly innocent parties must suffer a loss caused by the misdeed of a third party, ‘the least innocent should suffer.’” In this case, the “least innocent” party was not Rivas, as he “could have prevented the misdeed” by taking legal action sooner.

Speak with a Florida Power of Attorney Lawyer Today

Forging a power of attorney is a serious matter. If someone has used such fraud to improperly assert control over your property, you need to take immediate action to assert your legal rights. And if you need advice or representation from an experienced Fort Myers power of attorney lawyer, call the Kuhn Law Firm, P.A., at 239-333-4529 today to schedule a free confidential consultation.