What Are the Signs of Undue Influence? 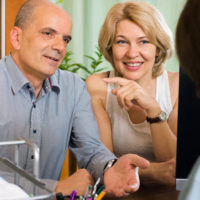 One of the common reasons people contest a Florida will is undue influence. But what exactly does this mean? The Florida Supreme Court has broadly defined it as “overpersuasion, coercion, or force that destroys or hampers the free agency and will power of” the person making the will (who is known as the testator). More precisely, courts apply a presumption of undue influence whenever there is evidence of a “fiduciary or confidential relationship” between a beneficiary of the will and the testator.

To put this into plain English, let’s say you have an elderly relative who requires full-time nursing care. The caretaker then uses her position of control to “convince” your relative to make a new will naming her the sole beneficiary of his estate. In this situation, a Florida probate court would apply a presumption of undue influence, as at first glance it certainly looks like the caretaker abused her confidential relationship with a patient.

Now, a presumption of undue influence is just that–a presumption. If the caretaker can present the court with additional evidence proving she did not abuse her position, then the judge may ultimately determine the will was valid and not the product of undue influence. But again, the burden of proof in this scenario is with the caretaker–i.e., the person with a vested interest in upholding the will.

It’s also important to understand that courts will look for evidence that a person in a confidential relationship took some sort of action to actually procure the will. The mere fact someone left their caretaker a large inheritance, for example, is not in and of itself enough to establish a presumption of undue influence. But here are some examples of actions taken by the beneficiary of a will that might arouse a judge’s suspicions:

None of this is to suggest you should keep the beneficiaries named in your will completely in the dark. But it does mean you should not allow anyone to pressure you into including them in your will. And you should always seek out impartial, independent legal advice from an attorney of your own choosing.

At the Kuhn Law Firm, P.A., our experienced Fort Myers estate planning attorneys can assist you with creating not just a will, but also a trust, power of attorney, living will, and other documents that make sure only the people you trust are in charge of your affairs. Call us today at 239-333-4529 to schedule a free consultation so we can sit down and discuss your estate planning needs.