Own a Florida Business? Make Sure You Name the Right Executor for Your Estate 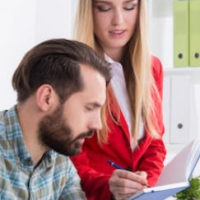 When you own a business, its debts do not die with you. Instead, they must be addressed as part of the probate administration process. This means that you need to make sure the executor or personal representative named in your will is capable of handling or winding up the affairs of your business–otherwise your estate may be facing some significant liabilities.

A recent Florida appeals court decision, Nestor v. Estate of Posner, offers an illustration of what can go wrong in these situations. This case involves a dispute between the beneficiary (and former representative) of an estate and the estate itself. The decedent, who passed away in 2002, owned several companies.

The administrator discovered the personal representative had failed to make any of the ERISA-mandated contributions to the pension plan between 2010 and 2013. As a result, the administrator told the court the estate now “faced a liability of more than $38 million.” In 2015, the court removed the personal representative and appointed a curator to take charge of the estate in her place.

Several months later, the estate and the Pension Benefits Guaranty Corporation (PBGC)–a federally chartered corporation that oversees defined benefit pension plans–reached a settlement to terminate the pension plan and resolve any outstanding issues. According to court records, by this point the estate now owed $46.7 million in unpaid pension plan contributions. The settlement reduced this obligation to $32.5 million.

Despite the terms, the beneficiary–i.e., the former personal representative whose management of the estate led to this problem in the first place–objected to the settlement. The court overruled the objection and approved the settlement. The beneficiary appealed, but the Florida Third District Court of Appeal held the settlement was “supported by competent substantial evidence,” and the trial court acted well within its discretion under Florida law, which permits an estate to settle any claims against it when it is in the “best interest of the interested persons.”

Get Advice from a Florida Probate Administration Lawyer

You always need to carefully consider who is in the best position to serve as personal representative for your future estate. But this decision is even more crucial when you have business interests that need to meet certain legal obligations even after you are gone. If you need advice or assistance from a qualified Fort Myers estate planning attorney, contact the Kuhn Law Firm, P.A., at 239-333-4529 today.