How Paternity Claims Can Affect the Administration of an Intestate Estate 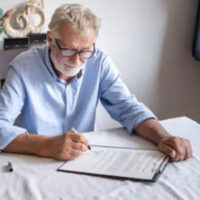 When you die “intestate,” that means you died without leaving a valid last will and testament. Intestate estates are distributed in accordance with Florida law. Under normal circumstances, your surviving spouse and children would be the first to inherit your intestate estate. Note that intestacy does not care about the nature of your relationship. For instance, even if you are estranged from your children at the time of your death, that would not prohibit them from inheriting under intestacy law.

Similarly, if a child you may not have known about shows up in probate court and can prove they were your biological offspring, they can still inherit under intestacy law. In 2009, Florida specifically amended its probate laws to provide a potential child may seek to prove paternity after the putative father has died. But the Florida courts subsequently held this amendment did not revive any paternity claims that were previously “extinguished” by law.

Court: 2009 Amendment to Florida Law Did Not Revive Possible Daughter’s Right to Inherit

What do we mean by “extinguish”? A recent decision from the Florida Third District Court of Appeal helps explain this concept. In this case, a man named Robinson died in 2004. Robinson left no will. Nobody bothered to administer Robinson’s estate until 2016, when a woman named Michel, claiming to be Robinson’s daughter, filed a probate petition. The probate court subsequently entered the necessary orders to administer the estate.

That could have been the end of the matter, except that five months later, Robinson’s brother asked the court to reopen the estate. The brother disputed Michel’s claim of paternity. If Michel was not Robinson’s daughter, then the brother stood to inherit the estate as next of kin.

At this point, Michel asked the court to order the release of a sample of Robinson’s blood in order to prove paternity. A judge agreed to Michel’s request, stating that “if there is a DNA sample that could scientifically establish whether or not [Robinson] is the father, it would be … an extreme injustice for this not to occur.” The brother then appealed the judge’s decision to the Third District.

The Third District agreed with the brother that Michel had no legal right to ask for a paternity test. Now, under the 2009 amendment discussed above, Michel could assert such a right. The problem, the appeals court explained, was that Michel’s rights expired–i.e., were extinguished as a matter of law–back in 2002.

Here is why. Florida has a four-year statute of limitations for paternity actions. The clock starts to run when the child reaches the age of 18. Michel was born in 1980. She turned 18 in 1998. This meant she had until 2002 to file a paternity lawsuit. The 2009 amendment did not revive her claim, as it was extinguished seven years earlier. All the 2009 amendment did was eliminate the statute of limitations to establish paternity in probate cases going forward.

There are people who think making a will is not worth the time and effort. But the reality is that not having a will can lead to unnecessary legal headaches for your family. If you need advice or assistance in preparing a will from an experienced Fort Myers estate planning attorney, contact the Kuhn Law Firm, P.A., at 239-333-4529 today to schedule a free consultation.