How Does a “Tenancy by the Entirety” Work in Florida? 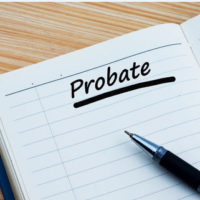 One way that married couples can leave an asset to one another without the need for probate is by holding the property as “tenants by the entirety.” This is a special form of property ownership exclusively available to married co-owners, although it is similar to a joint tenancy with right of survivorship. With a tenancy by the entirety, each spouse is said to own the entire property, as opposed to each of them owning a separate 50 percent share, which is known as a tenancy in common. So when the first spouse dies, the surviving spouse simply continues as the sole owner.

Although tenancy by the entirety usually refers to real property ownership, it can also apply to intangible assets. For example, if a couple opens a joint checking account titled in both of their names, any funds deposited is presumed to be owned as tenants by the entirety under Florida law. But if for some reason the asset is not clearly titled as a tenancy by the entirety, the surviving spouse may have to later prove to a court that was how the couple intended to hold the property.

The Florida Second District Court of Appeals recently confronted this issue in the case of Kowalski v. Rosenbaum. Kowalski is the widow of a man who passed away in 2015. She had been separated from her husband for many years prior to his death, but they remained legally married.

A dispute arose between Kowalski and the executor of her husband’s estate (Rosenbaum) over the proceeds from the 2006 sale of the couple’s real estate business. Kowalski deposited the entire amount of the sale–nearly $3.5 million–into her personal accounts. She claimed the entire amount belonged to her because the money was held in a tenancy by the entirety.

But neither a court-appointed special master nor the Second District agreed with that characterization. First, since Kowalski did not deposit the money into joint accounts, the legal presumption of a tenancy by the entirety did not apply here. Second, Kowalski’s own testimony suggested “clearly explained that she believed that each of them owned 50 percent of the funds,” according to the Court of Appeals. This is contrary to the purpose of a tenancy by the entirety, where the spouses each own the undivided whole. And given the couple “had separated and were living separate lives,” and the fact that Kowalski “exercised sole control of the money,” the Second District said the husband’s estate owned a separate 50 percent interest in the sales proceeds.