How a Family Business Can Affect the Administration of Your Estate 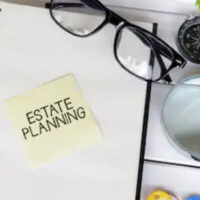 Family-owned businesses can present unique challenges when it comes to estate planning. Unlike other assets that may be simply disposed of in a will or trust, a business represents an ongoing concern that, in most cases, will outlive the individual owner. It is therefore critical for all family members who share an interest in the business to have procedures and agreements in place for what happens in the event of a co-owner’s death.

Of course, even when such agreements are in place, complications may still arise that leads to litigation between family members over the fate of the business. A recent decision from the Florida Fifth District Court of Appeal, Hollinger v. Hollinger, provides a case in point. This lawsuit involves two brothers, whom we’ll identify here by their first names of John and Michael. In 1974, John and Michael’s father founded a company in Titusville that manufactures gear motors and related equipment. By 2018, the corporation’s ownership was divided as follows: John and Michael each owned 49 percent of the stock, with the father retaining the remaining 2 percent.

In May 2018, the father became seriously ill. During this illness, Michael convinced the father to sign a handwritten document purportedly giving his 2 percent interest in the corporation to both sons equally, which would effectively make them 50/50 owners. The father executed this document without regard to the terms of the buy-sell agreement described above.

A few months later, Michael sued his father and brother, alleging they engaged in various forms of misconduct related to the business. Michael sought a court order to dissolve the corporation. The father responded by gifting and signing over the actual stock certificates representing his 2 percent interest to John. The father died a couple of months later.

Michael challenged this second transfer, arguing it violated the buy-sell agreement. He maintained that his father retained ownership of the shares at his death, which meant the estate was required to sell the stock back to the corporation. John, as executor of the father’s estate, argued his brother should not be allowed to make this argument based on his own actions in causing the father to violate the buy-sell agreement the first time.

A trial court ruled the transfer of shares to John was invalid and granted summary judgment to Michael on that issue. The Fifth District reversed, however, noting there was an ambiguity in the buy-sell agreement. Specifically, the agreement applied to the “sale” of a family member’s shares. It said nothing about an outright gift. Furthermore, both brothers “understood that the Agreement was only intended to apply to stock transfers to non-family members.” At the very least, the trial court acted prematurely in awarding summary judgment, so the Fifth District returned the case to the lower court for further proceedings.

Good estate planning means providing not only for the disposition of your property, but ensuring the continuity of any business that you have built. If you need advice on these subjects from a qualified Fort Myers estate planning attorney, contact the Kuhn Law Firm, P.A., at 239-333-4529 today to schedule a free consultation.