Have You Reviewed Your Life Insurance Beneficiary Designations Lately? 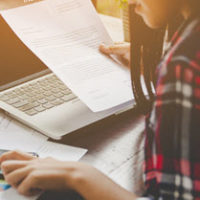 An important aspect of Florida estate planning is reviewing–and when necessary, revising–any beneficiary designations on assets such as life insurance or retirement accounts. Keep in mind, when an asset is deemed payable to a named beneficiary, it does not pass as part of your Florida probate estate. So even if you execute a new will, for example, that does not alter the pre-existing designation of beneficiary on your life insurance policy.

Of course, even if you take the time to update your beneficiary designations, if the company holding the asset does not record the change, there may still be legal problems after your death. In particular, insurance companies are notorious for dragging their feet when it comes to paying out a disputed claim. One Florida widow recently learned that lesson the hard way–although in the end, the courts held the insurance company to account for its actions.

This case started with a not-uncommon occurrence. A husband divorced his wife yet she remained the designated beneficiary on his life insurance policy when he died many years later. Actually, the husband’s estate said he did file a change of beneficiary form, but the insurance company either never received it or lost the paperwork. In either event, under the terms of the couple’s divorce, the ex-wife relinquished any claim to the policy. Furthermore, Florida law expressly provides that a life insurance beneficiary designation to a former spouse is void upon divorce.

The husband remarried following his divorce, and the couple remained married at the time of his death. The widow filed a written claim with the insurance company. According to the policy, the company had to pay within two months. Instead, the insurer dragged its feet for more than five months until the widow filed a lawsuit. The insurer then alleged the ex-wife had made a competing “oral claim of entitlement” and asked the court to resolve the matter.

But this turned out to be a smokescreen. As the U.S. 11th Circuit Court of Appeals explained in a February 5 opinion, the insurer made no effort to investigate the ex-wife’s alleged oral claim. And even after she formally signed a written waiver of her rights under the policy, it waited another month before paying the widow. Altogether, the insurance company delayed payout for more than nine months.

The 11th Circuit said this conduct “was vexatious and unreasonable.” Consequently, the Court said she may be entitled to reimbursement of her attorney’s fees in connection with this unnecessary litigation.

Get Advice From a Fort Myers Estate Planning Lawyer

Although this case worked out for the widow in the end, it does illustrate the kind of problems that may arise due to an improperly recorded change of beneficiary designation. Do not put your own family through a similar ordeal. If you need advice from a qualified Fort Myers estate planning attorney on how to handle your non-probate assets, contact the Kuhn Law Firm, P.A., at 239-333-4529 today.