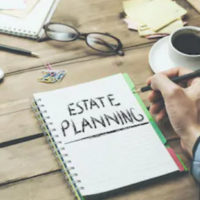 One of the key goals of estate planning is to establish who will be in charge of making decisions regarding your property. In some cases, a person may decide that one person should not have sole authority and appoint multiple people to act as either co-executor or co-trustees. If that is an option you wish to pursue, it is critical to include clear directions for how to resolve any disputes that may arise between these individuals. Otherwise, you may end up defeating your own estate plan as the co-trustees or co-executors take their disagreements to court.

Variety recently reported on such a dispute involving the estate of the late rock musician Tom Petty, who died in 2017. Petty had an estate plan that included a trust, which owns the rights to his substantial music catalog. According to Variety, Petty’s widow was named trustee of this trust. But the trust document also said Petty’s two adult daughters were entitled to “equal participation” with respect to any decisions regarding the catalog.

Multiple court actions followed Petty’s death. In one case, Petty’s widow asked a California probate court to effectively place the catalog in the hands of a professional manager. The widow argued the daughters were “erratic and abusive” and could not be trusted to co-manage their father’s intellectual property.

In response, the daughters filed their own lawsuit, arguing the “equal participation” language in the trust means the widow and daughters each get one vote, with the majority deciding what actions to take. In other words, the daughters maintain they have two-thirds control of the catalog. The daughters are seeking over $5 million in damages from their stepmother, whom they say deprived them of their “rightful role” in managing the catalog.

The Petty estate situation will likely take some time to resolve. But there are some important lessons we can take away from what has already happened. First, the terms of Petty’s trust seems to have created confusion. The widow was named sole trustee, yet it appeared to reserve a decision-making role for the daughters. And it was not clear whether that role included voting authority.

In Florida law, when a person names multiple co-executors for a will or trust, the assumption is that they will make decisions by a majority vote. The person making the will or trust can adopt a different rule–e.g., require unanimous consent–but it needs to be spelled out clearly. It may also be a good idea to provide for a method of breaking any tie votes, such as by authorizing a third party to mediate or resolve any deadlocks.

Of course, in most cases it is simply easier to name a single trustee or personal representative. Naming more than one person is often not worth the potential for disagreement (or litigation). But every situation is unique. An experienced Fort Myers estate planning attorney can help walk you through your options to select the best arrangement for your needs. Contact the Kuhn Law Firm, P.A., at 239-333-4529 today to schedule a free confidential consultation.