Estate Tax Poised to Be Significant Issue in 2020 Elections 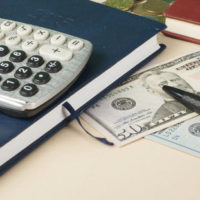 The federal gift and estate tax is one of those estate planning issues that remains a source of perpetual political debate. Although the vast majority of Florida residents will never even have to think about potential estate tax liability, politicians on both sides continue to push proposals to either expand or eliminate the tax. And based on recent events, the estate tax will likely play a role in the upcoming 2020 presidential election.

Expand or Eliminate the Estate Tax? Or Perhaps Introduce a New “Wealth Tax”?

As currently in force, the federal estate tax applies to individual estates valued at more than $11 million (or $22 million for married couples). Sen. Bernie Sanders, a Vermont independent who ran for the Democratic presidential nomination in 2016 and may do so again in 2020, recently introduced a bill to reduce the exemption threshold from $11 million to $3.5 million. Sanders further proposes creating several additional tiers of estate tax liability as follows:

While Sanders’ proposed rates might seem high, especially compared to the current maximum rate of 40 percent, it is worth noting that the 77-percent rate matches the estate tax previously levied by the federal government until 1976. According to the Washington Post, Sanders’ staff estimates his proposed new rates and exemption levels would “would raise $2.2 trillion from 588 billionaires” over time. Indeed, Sanders’ office estimated that the Post’s owner, Amazon CEO Jeff Bezos, would owe an estimated $52 billion in estate tax based on his current wealth.

Meanwhile, Senate Republican leader Mitch McConnell and several of his colleagues have introduced their own legislation to abolish the estate tax outright. Sen. John Thune, a South Dakota Republican, said in a statement that the estate tax “still remains an onerous and unfair tax that punishes hard-working families,” particularly “family-run farms, ranches, and businesses.”

Separately, Sen. Elizabeth Warren of Massachusetts, who is expected to run for the Democratic presidential nomination in 2020, recently proposed the creation of a new “wealth tax” that would apply to any taxpayer with more than $50 million in assets. Unlike the estate tax, which only takes effect upon the taxpayer’s death, Warren’s wealth tax would be imposed annually while the taxpayer is still alive. Specifically, Warren proposes a 2 percent tax on assets over $50 million, and a 3 percent tax on assets over $1 billion. According to the Washington Post, an economist who advised Warren on the proposal said the wealth tax would raise apply to approximately 75,000 families and raise approximately $2.75 trillion over a 10-year period.

Although it is unlikely any of these proposals will pass the current Congress–which is divided between a Democratic-controlled House of Representatives and a Republican-controlled Senate–the subject of wealth and estate taxes will clearly continue to garner significant attention over the next two years. If you need advice on how possible changes in the law might affect your estate or family, contact the qualified Fort Myers estate planning lawyers at the Kuhn Law Firm, P.A., at 239-333-4529 today to schedule a free consultation.