Can I Have My Pet Buried With Me? 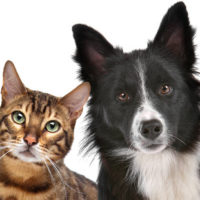 A recent story from Virginia caught the attention of the media and revived a debate over a practice known as will-stipulated euthanasia. We are not talking about euthanasia of humans, mind you, but of pets.

WWBT-TV in Richmond, Virginia, reported a healthy Shih Tzu arrived at a local animal shelter with instructions to euthanize the perfectly healthy animal. The instructions came from the will of the dog’s deceased owner. Although shelter employees tried to talk the executor of the deceased owner’s estate out of it, the animal was ultimately euthanized and cremated, with the remains returned to the estate.

The Controversy Over Will-Stipulated Euthanasia

It may surprise you to learn there is, generally speaking, nothing illegal about cremating a healthy pet. And will-stipulated euthanasia is not an uncommon practice. As a 2004 report from Michigan State University explained, loving pet owners include such clauses in their will because “they believed that no one would take care of their pets and this was the only way to save them from inhumane treatment.”

The irony, however, is that once stories of will-stipulated euthanasia go viral, members of the public often step forward in an attempt to stop the procedure, as was the case with the Richmond animal shelter. The Michigan State report also noted that in many of these cases there were “so many people who wanted the animals, an agency had to be appointed to determine who would be the best caretaker among the candidates.” And although there does not appear to be much case law in Florida on this subject, judges in other states have been known to invalidate a pet euthanasia clause in a will as going against public policy.

Florida Law Governing Burial of Humans and Pets Together

One other aspect of the Richmond story that is worth discussing is the deceased owner’s request her pet’s cremated remains. That is against the law in Virginia, which “forbids pets to be buried with humans in commercial cemeteries,” according to WWBT.

But it turns out it is not against the law here in Florida. Section 497.273 of the Florida Statutes states there is nothing to prevent a licensed cemetery from permitting the “interment or entombment of the inurned cremated animal remains of the decedent’s pet or pets with the decedent’s human remains or cremated human remains.” However, the actual human and pet remains cannot be “commingled.”

It is understandable for people to worry about what will happen to their beloved pets after they are gone. But before considering an irreversible step like will-stipulated euthanasia, you should consider all of your options, including establishing a pet trust.

A qualified Fort Myers estate planning attorney can guide you through the process of deciding how best to deal with your animals and other legally defined property as part of your will or trust. Contact the Kuhn Law Firm, P.A., at 239-333-4529 today to schedule a free, no-obligation consultation with a member of our estate planning team today.