Can a “Common Law” Spouse Inherit Property Under Florida Law? 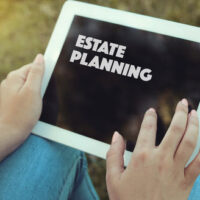 One of the basic rules of inheritance is that if a person dies without a will, their surviving spouse will receive most or all of their estate. Of course, a “spouse” means there is a legal marriage. If you are simply living or “cohabiting” with a partner, that person has no inheritance rights. If you want a non-married partner to inherit from your estate, you need to execute a will or trust naming them as a beneficiary.

Now there is a third scenario to consider. What if two people were involved in a “common law” marriage? This refers to the historic practices of couples living together and holding themselves out as married without actually going through the legal formalities of marriage.

You might have heard that if two people simply live together for 7 years, they are considered to be in a common law marriage. But as a 2016 report from NPR bluntly put it, “That’s all bogus.” The seven-year rule is actually a myth. In fact, NPR noted, “There’s no formula or algorithm for determining a common-law marriage, and that can be confusing for courts.”

For example, Texas, which recognizes common law or “informal” marriage, does not impose any sort of minimum-length requirement. As a Texas appeals court explained in a recent probate case, In the Estate of Campos, there are only three things necessary to create a common law marriage: “the parties (1) agreed to be married, (2) lived together in Texas as spouses after the agreement, and (3) represented to others in Texas that they were married. ”

In the Campos case, the court held that a person claiming to be a surviving common-law spouse failed to prove that he and the deceased “represented to others in Texas that they were married.” That is to say, there was no evidence that the couple “had a reputation for being married in the community at large” or even ‘referred to themselves as married while the [deceased] was still alive.“ Under those circumstances, the court said the person claiming to be the spouse did not have any inheritance rights under Texas law.

So what would happen if a Florida resident tried to prove they were a common law spouse to obtain inheritance rights? Unlike the Texas case, it probably would not matter if the parties held themselves out as married. That is because Florida does not recognize common-law marriage. The state legislature abolished the practice in the 1960s. That said, Florida will honor common-law marriages that were previously recognized by another state or country where the practice is still allowed. So if a Texas court were to declare a couple’s common-law marriage existed under that state’s law, and that couple later moved to Florida, a judge in this state would likely respect the inheritance rights of a surviving spouse.

The decision to get married is a deeply personal one. Nobody should feel compelled to get married just to obtain inheritance rights in their partner’s estate. But you should speak with a qualified Fort Myers estate planning attorney to learn more about how a will or trust can help you provide for your unmarried partner. Contact the Kuhn Law Firm, P.A., at 239-333-4529 today to schedule a consultation with a member of our estate planning team.