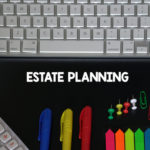 On October 15, Microsoft co-founder Paul Allen passed away due to complications from non-Hodgkin’s lymphoma. At the time of his death, Allen was one of the wealthiest men in the world. His assets included two professional sports teams–the NFL’s Seattle Seahawks and the NBA’s Portland Trail Blazers–and he was also a noted philanthropist. Although… Read More »