How Do I Get a Court to Appoint a Guardian for a Family Member? 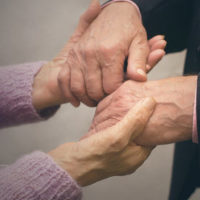 If you have an adult family member who is incapable of caring for themselves due to a physical or mental condition, it may be necessary to establish a legal guardianship for that person. A guardian is basically someone appointed by a judge to make decisions on behalf of an incapacitated person, who is known as the “ward.”

Because the ward loses significant legal rights under a guardianship, Florida requires family members and judges to take certain steps before a guardian can be named. One of these steps is for the court to appoint an examining committee of three people. This committee must conduct a “comprehensive examination” of the person under consideration for guardianship. Depending on the circumstances, this must include a physical examination, a mental health examination, and a “functional assessment” of the individual.

In a recent decision, Cook v. Cook, the Florida Fourth District Court of Appeals dug a little deeper into this law, looking at what meets the “comprehensive examination” requirement. In this case, a group of siblings asked a judge in Palm Beach County to appoint a guardian for their brother, who they said had been “living like a recluse” in his condo for several years and was “unable to plan for his affairs or make practical decisions.”

Based on this and other evidence, the judge decided to place the ward in a guardianship. The ward appealed this decision. And by a 2-1 vote, the Fourth District reversed the trial court’s ruling after determining the examining committee failed in its duty to conduct a “comprehensive examination.”

The two-judge majority pointed to the following problems with how the committee completed its task:

The dissenting judge argued the examining committee did its job properly, and that additional evidence–such as the testimony of the ward’s family–was sufficient to justify appointing a guardian.

As you can see from this case, the decision to place an incapacitated adult under a guardianship is not a simple one. Even if you are 100 percent convinced a sibling, parent, or other relative can no longer care for themselves, the law still affords that person certain protections that must be respected. So if you are looking to establish a guardianship, you should speak with an experienced Fort Myers estate planning lawyer who can advise and assist you with the process. Contact the Kuhn Law Firm, P.A., at 239-333-4529 to schedule a free consultation with a member of our team today.